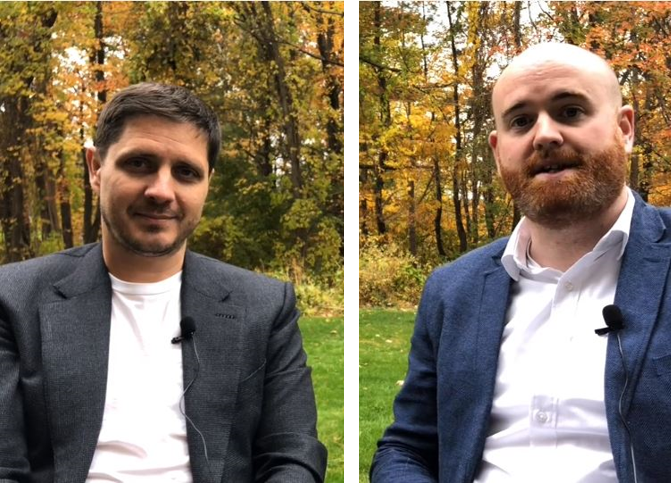 Read the highlights of Appleby’s interview for actionable insights your organization can act on immediately.

Prefer to watch instead? View the full video

Generally, there's a bit of a misunderstanding of what SAP DevOps actually means. To start, John, can you clarify what you believe SAP DevOps is?

If you look at the wider DevOps environment, you’ll notice, in most instances, developers write operations code, which makes a system do things automatically. That’s a very simplistic viewpoint, but this process doesn't really exist in the SAP world.

Do you think the SAP Operations space is taking steps to become more like the DevOps world?

In the wider market, software falls into one of two categories. First, there is the SaaS and Infrastructure as a Service (or IaaS) category, which mostly doesn’t have operators. DevOps runs this type of technology by writing code.

Then there are technologies like Softstack and Oracle Stack, which are pieces of tech that require specialists to operate. SAP is special and complicated and needs manual operation; as a result, knowing how to operate SAP is a well-respected and well-paid skill to have in the market.

I think we're still in a situation where running your SAP Operations throughout the ecosystem requires multiple offshore teams, which is costly for businesses.

In an industry where everything has become automated, what's different about SAP? Why haven’t we turned to automation?

To a degree, SAP has made steps toward becoming more automated. For example, SuccessFactors and Ariba Fieldglass have taken some of the DNA from DevOps to streamline updates for customers without major input. In other words, these updates don't require an operator.

Additionally, if you look at technology like the Hunter Enterprise Cloud and the SAP Cloud Platform—which were built in-house—they've applied exactly the same methodology. The SAP Cloud Platforms streamlined updates out to the customers without major input and don’t require operators.

So, in this way, the industry has made strides.

What changes should an organization consider as they adapt to the future of SAP?

Firstly — and I think many customers are already thinking about this — is the need to move up through the stack.

IBM made a really smart decision by buying Red Hat and Ansible. Now, you can automate things like your operating system and Cloud deployments using existing tools. If anyone isn't already doing that, I'd strongly recommend doing so.

Next, you need to move up through the full stack into the application stack. Consider which tools, systems, and processes you can put into place to reduce the manual effort. The goal is to eliminate repetitive activities that are not value-add for humans.

There are never enough days in the year, or hours in the day, for IT operators.

If I were a CIO, I would not consider buying data center equipment to run a piece of software like SAP. I don't think it makes any sense anymore.

What advice do you have for teams struggling with time and bandwidth to get the adaption correct? Especially if your team is continually putting out fires, and management doesn’t see the bigger picture.

Sooner or later, organizations will have that moment where something happens, and the equipment stops rolling off the manufacturing line. Retail productions and web go down. When a business continuity event happens, then for sure, there will be a change.

Take a look at the organizations in your industry. When things didn’t go as planned, as often happens, what was the result? The impact can be millions, tens of millions, or even hundreds of millions of dollars if your systems don’t run well.

That’s my thing — find ways to improve operations. Especially by focusing on the people that do repetitive activities. When I say that, I don’t mean low qualified employees. They may be junior associates, but definitely not low qualified. I mean targeting employees who are bogged down with repetitive tasks and are unable to focus on making things better.

As a result, your people will be working on stuff that is newer, more interesting, less repetitive, and less mundane.

Any final thoughts for the viewers before we close it out?

If you run an SAP competence center and are responsible for people's productivity and effectiveness, take a look at the people, the process, and the technology that runs your operations. Forget about the cost basis. It's not about cost basis. Instead, focus on reducing repetitive activities.

Take for example, a simple daily check which can easily be automated, but isn’t. There's absolutely no excuse for this. Without automation, you likely have somebody who's putting in two hours a day, 365 days a year, which is 720 hours. Even if it’s an offshore employee, you’re probably paying $18 an hour. It’s a lot of money just for a daily check, which definitely could be automated.

The Four Levels of DevOps Maturity

Why is SAP So Far Behind the Market in DevOps?